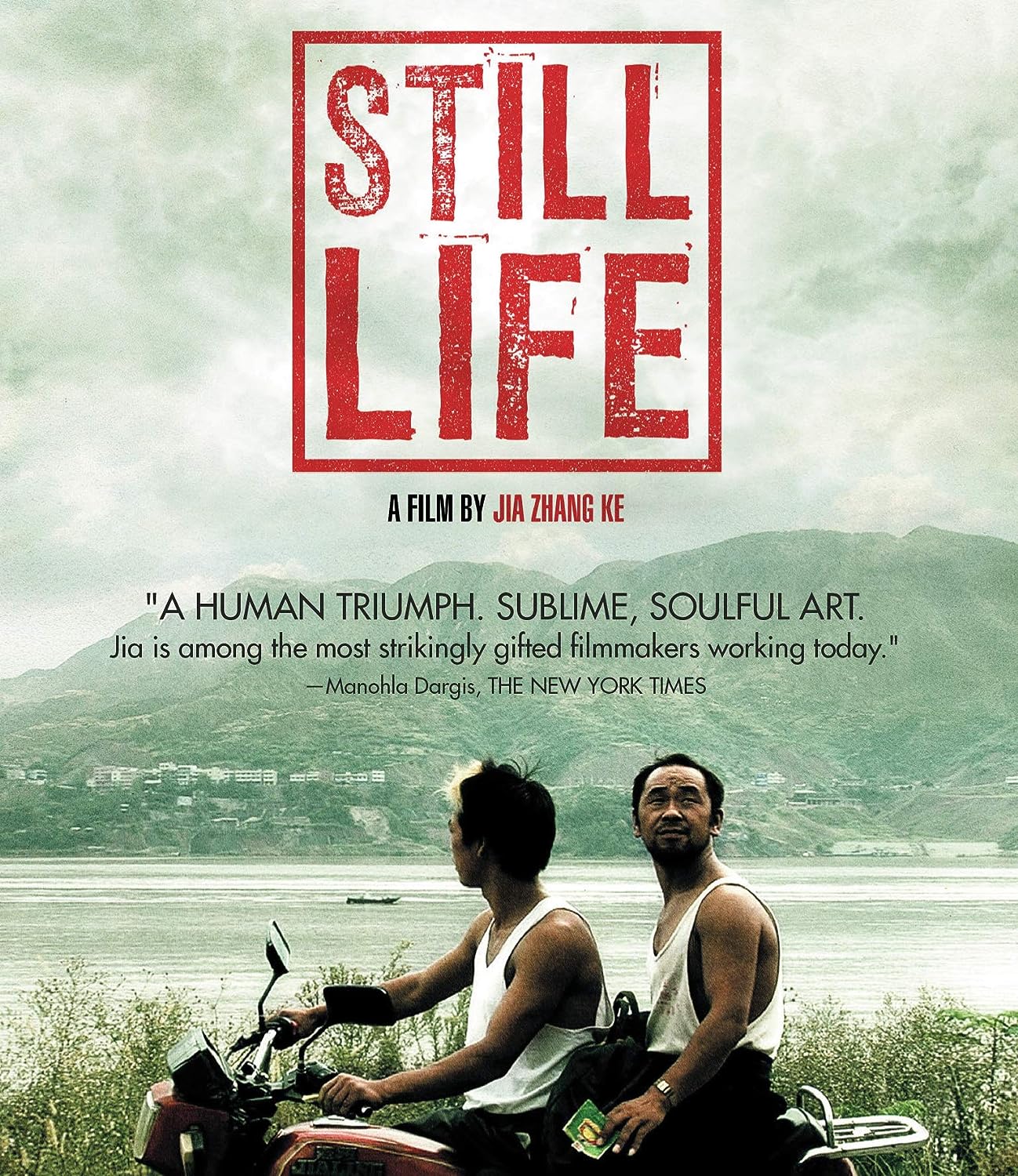 Still Life, winner Golden Lion, Venice Film Festival 2006, is an empathetic portrait of those left behind by a modernizing society and, as in director Jia Zhang-ke's earlier films (Platform, Unknown Pleasures, The World), it is a unique hybrid of documentary and fiction. In Still Life, great changes have come to the town of Fengjie due to the construction of the Three Gorges hydro project: Countless families that had lived there for many generations have had to relocate to other cities. Fengjie's old town, which has a 2000-year history, has been torn down and submerged forever, but its new neighborhood hasn't been finished yet. There are still things that need to be salvaged and yet there are also things that must be left behind. In Still Life, such life-changing choices face both Sanming, a miner traveling to Fengjie in search of his ex-wife of sixteen years, and Shen Hong, a nurse who has come to Fengjie to look for her husband who she hasn't seen in two years. Both Sanming and Shen will find who they're looking for, but in the process they too will have to decide what is worth salvaging in their lives and what they need to let go of.

Elegantly photographed. Sublime, soulful art. A modern master of postmodern discontent, Jia Zhang-ke is among the most strikingly gifted filmmakers working today. His work exists on a continuum with the modernist masters, among other influences, but he is very much an artist of his own specific time and place. --Manohla Dargis, The New York Times

Four stars! Exhilarating. A breathtaking collision of fact and fiction. A movie to change one's view of both cinema and life. As such, it's very, very dangerous. --John Anderson, Newsday

Breathtaking. Stark and beautiful. One of the world's most celebrated directors. Remarkable images. One viewing is not enough to absorb Still Life. Jia's finest film yet, both a docudrama with obvious social and historical relevance and a subtle, slow, quietly powerful chronicle of human loss. It never seems inaccessible or willfully arty, but it won't yield all its secrets on the first date. --Andrew O'Hehir, Salon.com

Zhao Tao graduated from the Folk Dance Department of Beijing Institute of Dance in 1998. Her beautiful stature and techniques had granted her numerous awards. After graduation, she became the dance instructor in Normal University of Shanxi. Jia Zhang-ke discovered Zhao Tao while scouting her school in 1999. In 2003, she furthered her studies by pursuing a Master of Dance Education at the Beijing Institute of Dance.

Jia Zhang-ke was born in 1970 in Fenyang, Shanxi Province of China. He graduated from the Beijing Film Academy and made his first feature film Xiao Wu in 1998. He lives in Beijing and is actively involved in independent filmmaking throughout China.