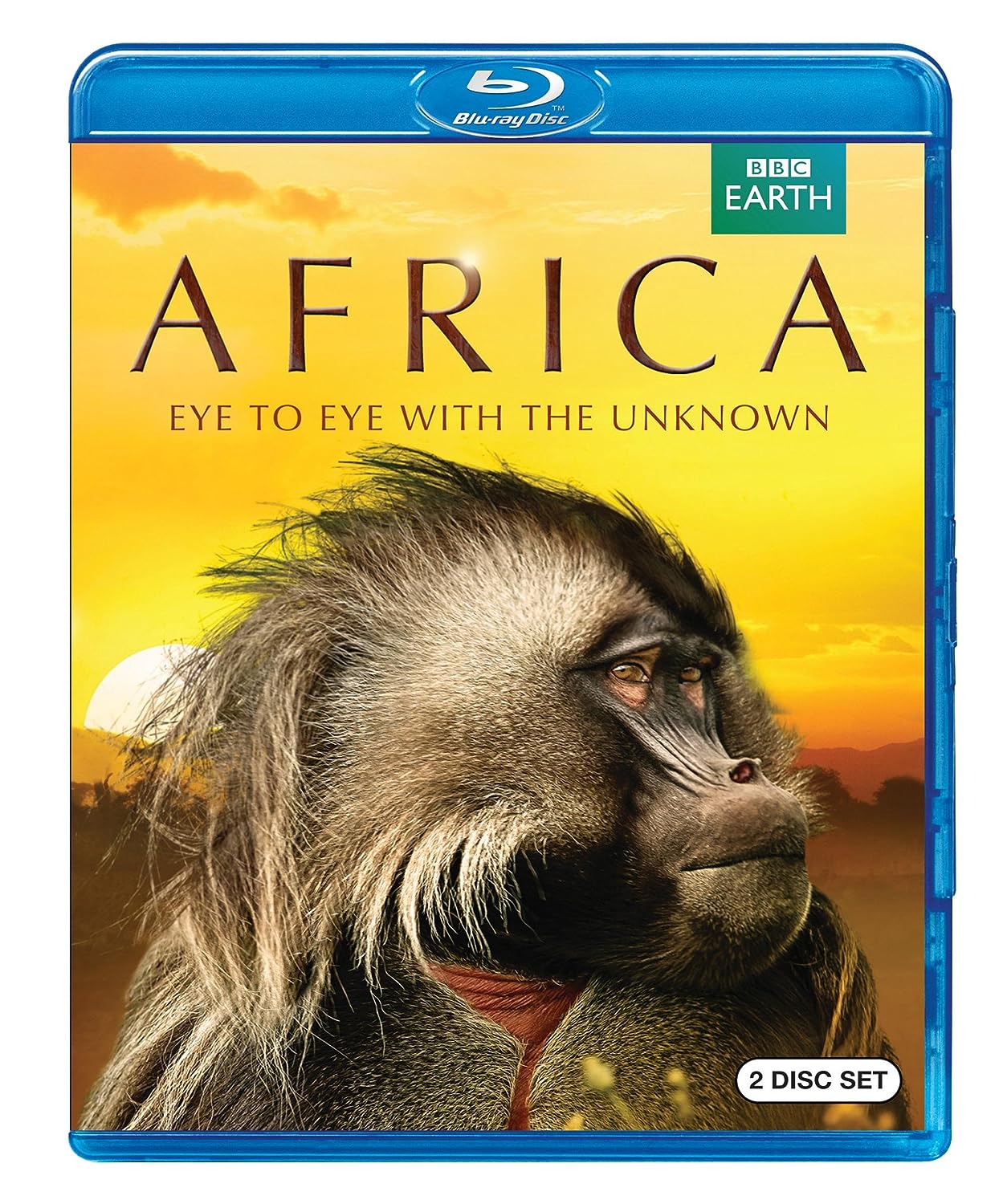 Mike Gunton, Executive Producer of Life, brings his next landmark series to Blu-ray with Africa! This 6-part series will amaze and awe with stunning photography and truly moving stories of survival on the continent with the most diverse animal life anywhere on our planet. Premiering simultaneously in the UK, U.S. and Australia, it promises to be a worldwide phenomenon on a scale not seen since Planet Earth.

There are only so many superlatives available to English speakers, and since most have already been used to describe other titles in the BBC's "i"Earth documentary series, what can one possibly say about "i"Africa? That it is perhaps the most stunning melding of technology and nature yet? That's a decent place to start, but really, these six hour-long episodes, each focusing on a different part of the continent aptly described as the greatest wildlife show on Earth, must be seen (especially on Blu-ray) to be appreciated. Naturalist David Attenborough, who's been at this for nearly 60 years, is once again the narrator/onscreen host, and in the first five episodes (the last, entitled "The Future," chronicles efforts to protect and conserve the many species threatened by overpopulation, poaching, climate change, and other factors), he's on hand for multiple moments that aren't simply educational and revelatory, but also jaw-droppingly beautiful, with cinematography so rich and detailed you might even think some of these shots are studio-enhanced special effects. In "Kalahari," we see an extraordinary array of the greatest mammals on the planet--elephants, giraffes, lions, zebras, and so on--gathering by day at a watering hole in a place so dry its name translates as "land of great thirst"; at night, meanwhile, a special "starlight camera" captures rhinos engaging in the kind of social behavior never before observed by humans. In "Savannah," we are witness to a scene in which a mother elephant must decide to keep up with the herd or stay behind with her dying baby, a profoundly moving sequence that will melt the hardest heart. In "Cape," we see the "butterfly ball," in which butterflies leave the protection of the rainforest floor and soar above the trees in a gloriously balletic mating ritual. But while the content is well beyond reproach, when it comes to presentation, Africa seems to be trying to modernize the nature doc form, with somewhat mixed results. Some of it is edited more like a movie than a documentary, using music, quick cuts, close-ups, and slo-mo to heighten the drama (one example is an otherwise spectacular battle between two male giraffes that's scored and edited like a Sam Peckinpah western). Mere quibbles? Perhaps. Whatever your view, there's no denying that Africa (which includes interesting making-of sections at the end of each episode, as well as interviews, outtakes, and deleted scenes) is a triumph. --Sam Graham